You are in Danza&Danza » About

Founded in Milan in 1986, Danza&Danza is the Italian leading magazine about the world of dance. Published bimonthly by DNZ media, editor in chief Maria Luisa Buzzi, DANZA&DANZA magazine is the first born of a current platform of media devoted to the international dancescape. Danza&Danza magazine, in Italian, is edited in two editions: the printed paper and digital. The printed edition is distributed and all over Italy in newsstands and at La Scala Shop in Teatro alla Scala, Milan, or by subscriptions (Italy and abroad); the digital edition is purchasable - single issue or annual subscription - on the App (iOS and Google Play). DANZA&DANZA International – only in digital edition oh the App - is the latest arrival in the DNZ media family. In English language, it is coinceived for the international readers with news, features, topics, culture from all over the world. Daily news and updated information about artists and events, interview, reviews and multimedia contents appear on the web pages of danzaedanza.com(Italian and English languages).
The content of Danza&Danza and www.danzaedanzaweb.com is copyrighted and may not be freely reproduced in any mediam whatsoever, includng on the internet. 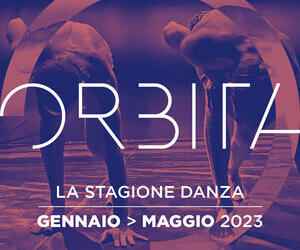